A sex-positive social campaign
Striving for consent with Amnesty International

#iolochiedo is a campaign that goes beyond promoting the concept of "No means no" and focuses on the question of what constitutes consent - It represents the first campaign by Amnesty International Italia where the topic of sex is treated in positive terms, away from gender-conformity and its limits. 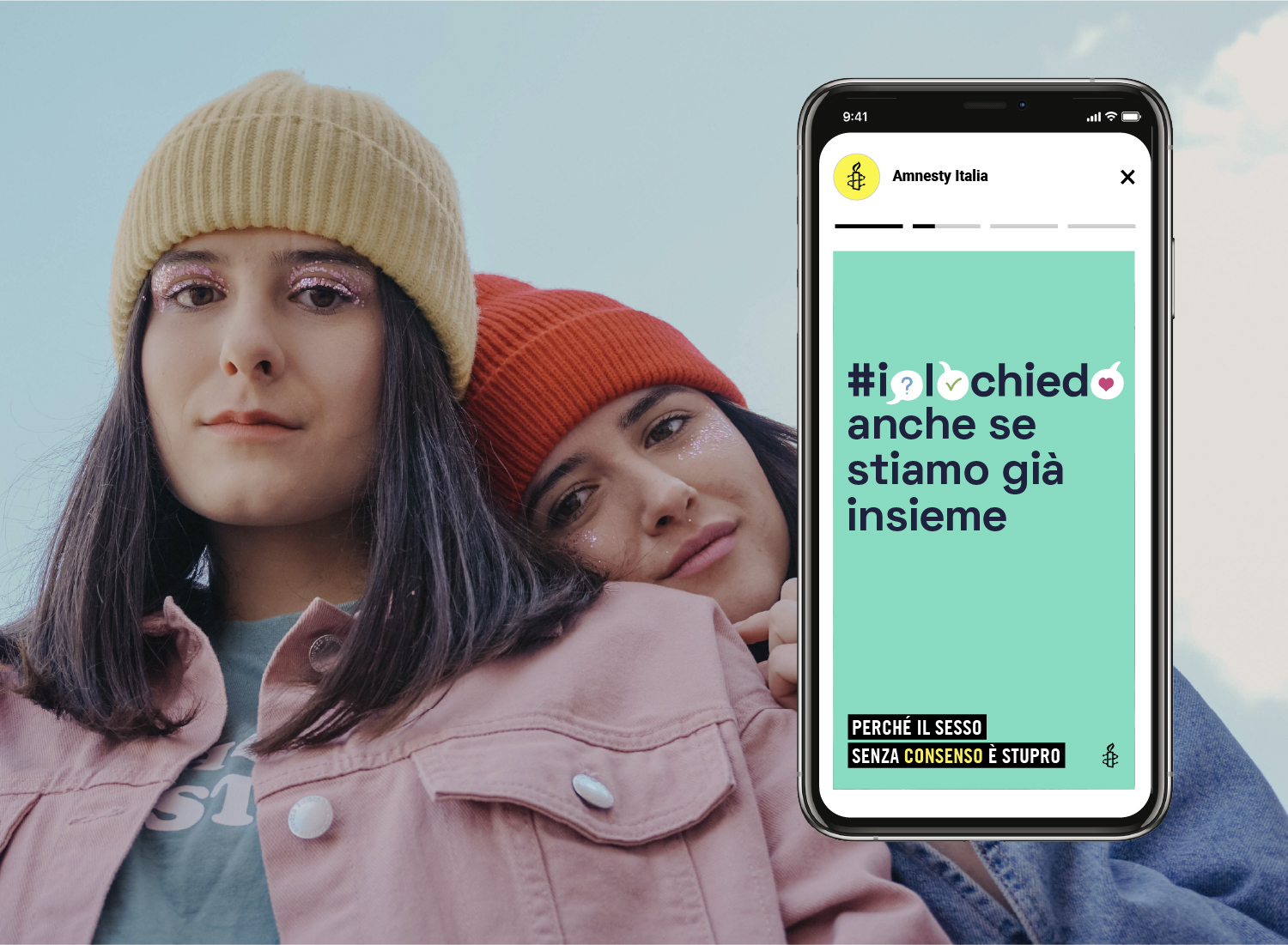 Help Amnesty International Italia to spread awareness and collect enough signatures to modify the Article 609-bis of the penal code in order to include an unambiguous legal definition of Consent.
‍

A digital campaign labeled #iolochiedo (meaning “I do ask”) and two educational products to bring the discussion inside the schools.

According to ISTAT, 21% of 16-70 year olds (4 million 520 thousand) have experienced sexual violence; 5.4% (1 million 157 thousand) more serious forms of sexual violence such as rape (652 thousand) and attempted rape (746 thousand). The percentage of those who think that women can provoke sexual violence with the way they dress is also high (23.9%). In addition, 15.1% are of the opinion that a woman who experiences sexual violence while drunk or under the influence of drugs is at least partly responsible. Consent is not defined in Istanbul Convention Article 36(2). In Italy and many other Countries around the world, there are no laws that properly define consent or have no provisions for consent in their penal codes. Legally defining consent is crucial to preventing sexual assault and providing justice for survivors. Amnesty International and many other organizations believe that until a legal definition for consent is confirmed in Italy and across the world, endless courtroom arguments will be had about opinions regarding what does and does not constitute consent.

Studio Super Santos has designed a social media campaign and call to action to support Amnesty International’s mission, flagging the campaign with the hashtag #iolochiedo (the Italian for ‘I Do Ask’).

We wanted to challenge everyone with the question "how do you ask for consent?" and encourage people to find the answer inside themselves, because asking means to never take consent for granted.

The campaign aims to make clear the notion that consent must be given voluntarily, as a free manifestation of the person's will, and must be evaluated taking into account the situation and context. Our goal was to bring the topic of consent on a daily basis, taking distance from the stereotypical representation of violence usually displayed as a residue on a bruised face of an exhausted woman. This type of representation risks not only to keep the discussion in a very limited perspective but also can create distance between the viewers and the subject.
In our campaign we wanted to deliver the message to everyone and make everyone realise that sex without explicit consent is not just bad sex, it is rape.
For this reason we created a series of posts with different statements in order to stimulate a discussion upon personal boundaries and the importance of communication before and during any intercourse.

As the main subject we chose the illustration as a media and we decided to represent a gender-neutral couple laying under bed sheets in an interstellar scenario.

Because consent should not be limited to color, race, gender, sexual preferences and ages.
Consent should always be with us, on this planet or in another galaxy.

In addition to the social media campaign targeted to people over 18, Amnesty had the ambitious goal to bring the discussion inside Elementary and Primary schools, because consent should be a base of our education from an early age. In this context, the campaign demonstrated the ability to be adapted for an underage audience and shift the focus from sex to personal boundaries and the ability to voice them.

We created two editorial products to be printed and distributed in all the schools that took part in the initiative. The worksheet dedicated to Elementary schools utilises some segments from the book Consent (for Kids!) by Rachel Brian and illustrates possible scenarios to the youngest. While for Primary schools we decided to design a postcard and some stickers and propose to each student to recreate a possible dialogue based on consent.
This exercise not only allows educators to introduce the topic to the students but also offers a concrete tool for them to practice realistic scenarios.

Interactions with Amnesty Social Media
+50%
signatures on the petition
60.906 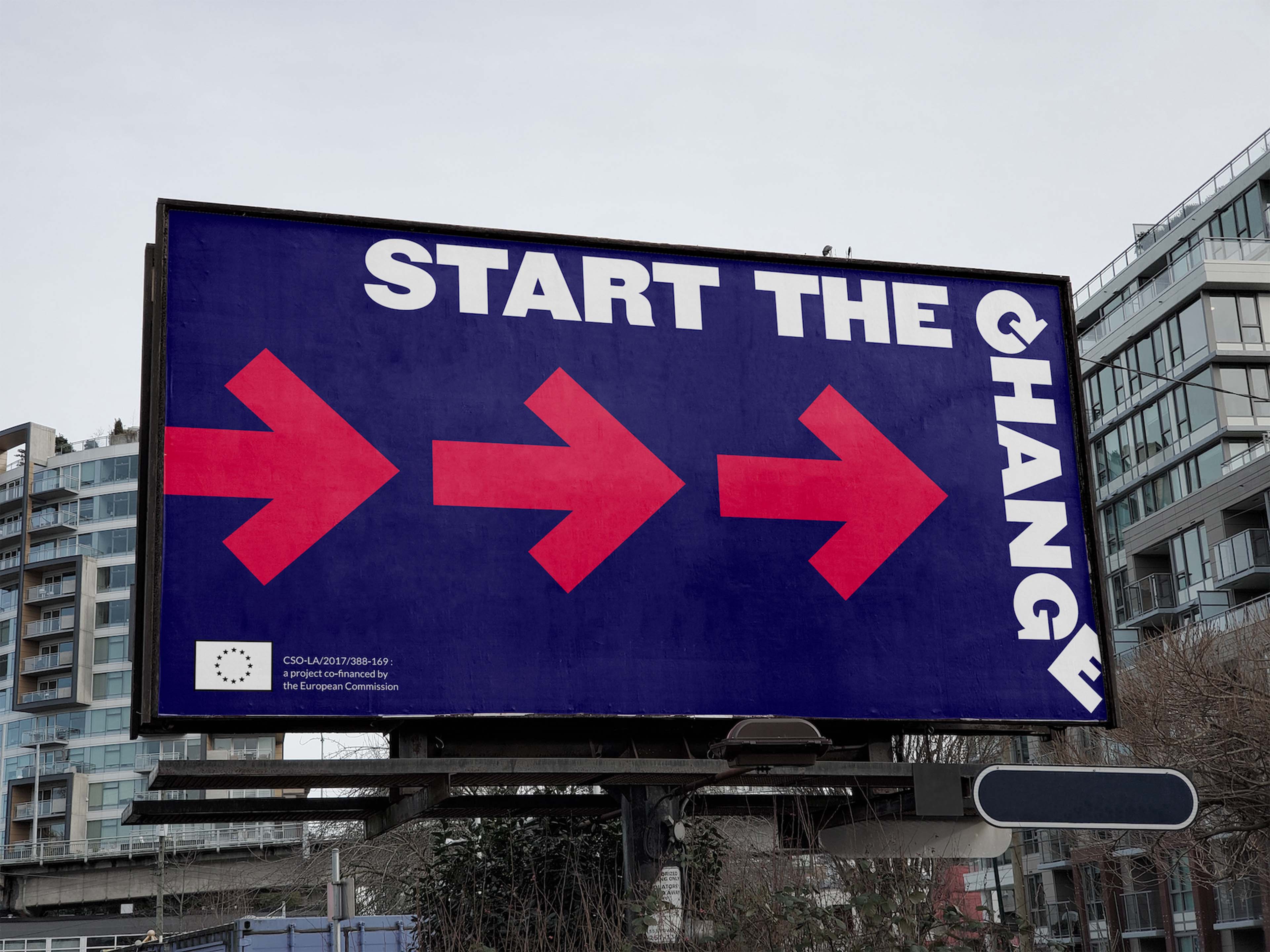 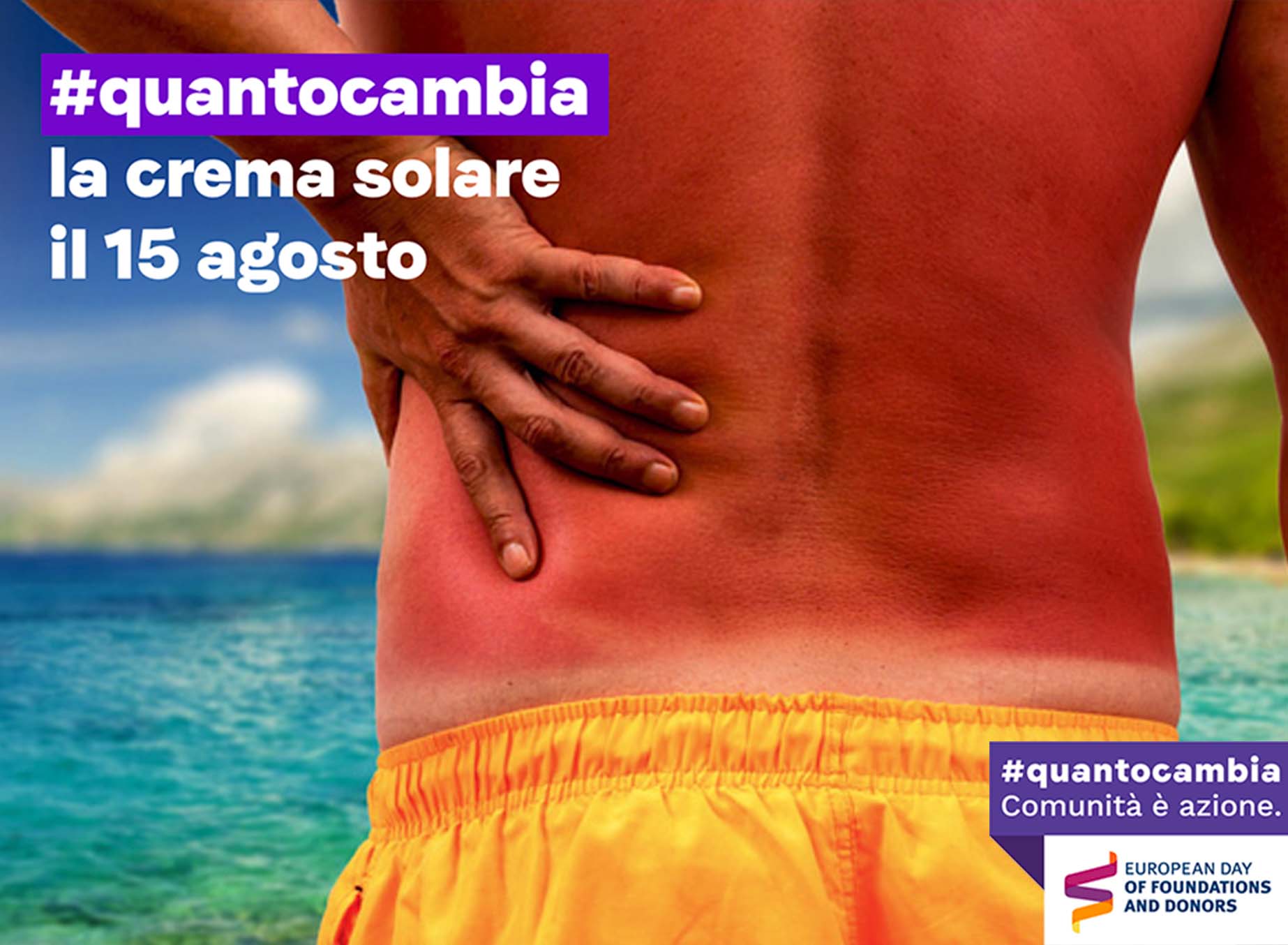 Philanthropy in the Social Media Era 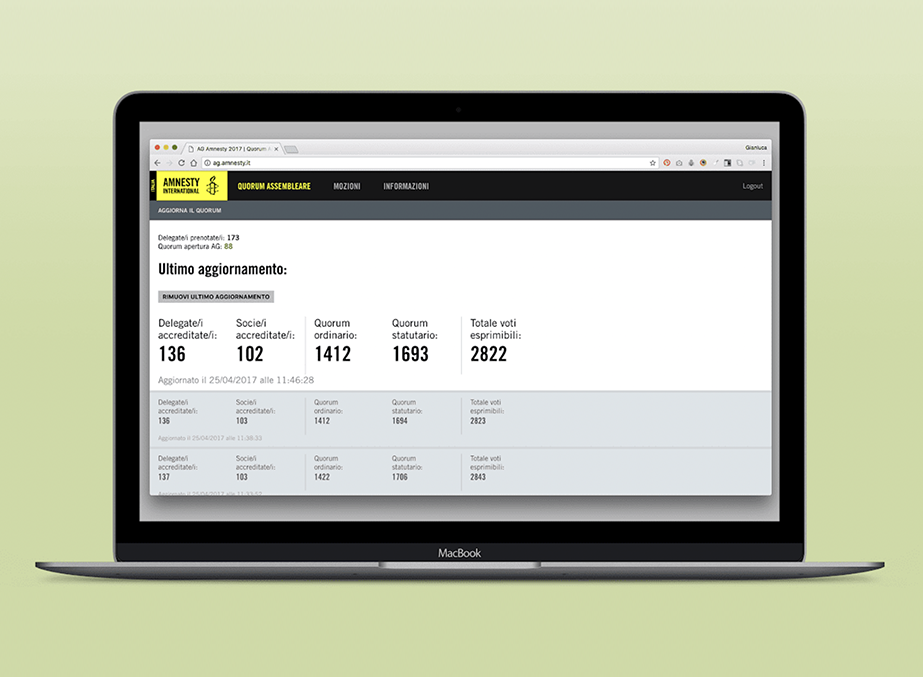